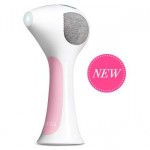 In this review we will cover the basic safety facts you need to know before using your TRIA 4X laser hair removal at home. The TRIA laser is one of the safest home laser system sfor hair removal treatment.

Being The Right Candidate For TRIA 4X

Trying to remove blond/white hairs is a difficult task for the laser as it needs dark matter to create the heat effect which burns out the hair in the follicle.

TRIA 4X has a special skin tone sensor which checks the skin before the treatment and if the skin is too dark the device will self lock. 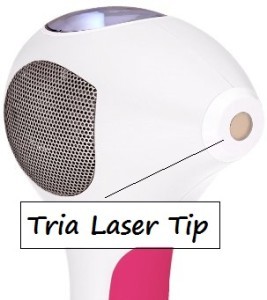 The Tria has another special sensor which locks the system from accidental laser emissions into blank air. The skin touch sensor will not allow a laser beam to be projected unless the tip of the TRIA is firmly touching the skin surface.

You can use laser safety goggles when treating the skin with the TRIA 4X so the laser light flashes does not irritate your eyes. Such laser googles cost as low a 5$ and can block/reflect the side flashes around the laser tip.

Though it is recommended to overlap the areas when treating with the TRIA 4X laser system zapping the same spot over and over will not give you better results, but rather put you in a danger of skin burns and rashes.

Overlapping can help cover all the skin area treated, and making sure all the hairs in the treated area get heated properly, please make sure you keep moving and not placing the laser tip over the same spot.

NO Laser Over Tattoos, Moles And Genitals

Beware NOT to treat over tattoos or moles or any skin surface with dark tones. The light energy will burn the skin under the tattoo into a smelly painful flesh scar!! Tattoos and moles have a dark pigment inside them, they will attract all the light energy and transform it into extreme heat.

Other Body Areas Not Safe For TRIA Laser

Make sure to keep clear of the lips too as their darker tone can cause burns too. Do not use the TRIA 4X laser system over genitals either, mens or women’s genitals have softer skin with pigmented tones. Zapping down there will be both painful and traumatic..

UK Customers click here and read reviews about the Tria laser at your local Amazon.co.uk store.