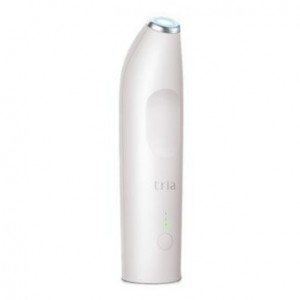 TRIA Beauty has released it’s latest device called TRIA Precision. The Precision is a totally new device and is not an upgrade of the well known TRIA 4X model. While all systems are designed for full body hair removal, the precision is like a sniper rifle. It is designed to remove hair at all those small places were we least want the hair to show: sideburns, armpits, bikini line.

The Precision Laser is completing the treatment the TRIA 4X is too bulky to do.

There are many advantages for using the Precision Laser by TRIA:

The new TRIA Precision is handy and comfortable to use. Because of it’s lightweight 7 oz compared to the

treating any part of the body with it is a piece of cake.

Like all TRIA devices it is cordless, and gets it’s power by recharging it every 15 minutes of use.

The pin point laser tip can reach any body area, even the curves of the bikini line, jaw, and underarms. The user can see were the tip is placed, which makes the overlapping easy and effective.

With only three levels of laser power, using the system is easy and intuitive.  Use the highest level for best results (it’s 2-3 more effective than the lower levels!). If the laser zapping over sensitive skin causes too much discomfort, lower the level by one grade and continue.

The NEW TRIA Precision device has a laser diode with approx 165,000 pulses and 500 charges. this is more than enough to treat the small body areas as much as needed, and do maintenance treatments when new hairs show. 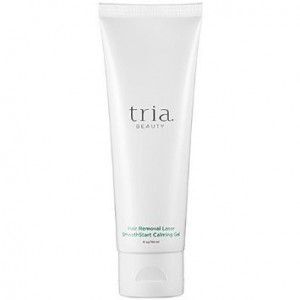 Like all TRIA machines the safety comes in first place with the highest levels of precautions kept. The Precision has the double safety sensors, one for the skin color sensor, and the second is a skin touch sensor, which avoids accidental laser being pulsed unless the device is pressed at the skin.

Before each pulse, the device checks that the skin being treated isn’t too dark, and that the tip is not in the air. When these are confirmed, the green light shows and the system zaps the skin.

The zapping is the same as the 4X, except there are less energy levels to chose from. The lowest level is similar to the TRIA 4X, but the Precision highest level is slightly less intense as it’s big brother the 4X.

If you are too sensitive, and can’t stand the zapping or heat sensation TRIA has a special soothing gel, which is cooling the skin and help customers who are unable to bear the laser snaps, go through the session. You can get the TRIA Calming Gel HERE. 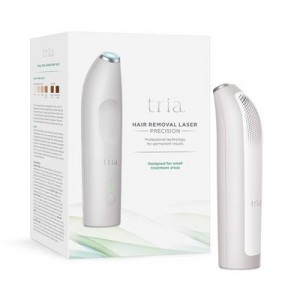 The TRIA Precision is designed for the same candidates of the 4X – They should have fair skin tones color of 1-4. Which is from pale white to slightly tanned olive tone. People with dark skin could not use the Precision as the safety sensor will lock the machine and will not allow it to treat. If you need black skin home laser hair removal – check link.

Best candidates for Precision would be those with dark hair, so the contrast of the hair on the skin will be max. People with grey, white, blond or red hair will not be able to see effective results, as the laser needs the dark pigment of the hair to heat it.

The device comes in one off-white/grey color

Click HERE To Get Your TRIA Precision Laser Right Now