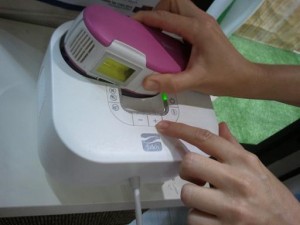 (Sept 2012) Silk’n SensEpil hair removal device has a new price. The marketing team at Silk’n SensEpil must have been riding on a roller coaster the last few weeks, trying to analyze the market share and customer behaviors, regarding their former price changes.

We have informed you a few weeks ago that SensEpil has a new low price, the device was sold for a measly $249! A price which was so surprising, we decided it is worth publication, and a professional review of the new pricing strategies.

But apparently, Silk’n has been doing the same, and this week they pulled away their generous offer.

The price level is part of a product branding and marketing strategies. Most people feel a very high price means a product is superior. We all know that products which are out of reach are always more lucrative for us. We desire things we can not afford.

Most people would believe a $700 hair removal product is better than a $400 product. They would also say that a $249 device is probably less effective than a well known brand at $375. We are all influenced by the price of the product making a connection between the amount of money we pay with other product values.

SensEpil had too many price changes the last few month, they have lost their marketing direction, and are losing their branding strength by these changes.

Silk’n SensEpil is one of the the best hair removal systems ever manufactured. We will not do a complete product review, but you should know the system has won several awards and was chosen by thousands of voters as the ‘Best Hair Removal For Home’ at 2011.

For those who are not aware of the price roller coaster and frequent changes, the price is just as they see it when they visit Amazon. Those who saw this price at June though SensEpil was a cheap product, competing with new brands with no added values.

Those who see the price today, see a device which is more similar to the TRIA laser ($395) than to the cheap hair removal machines.

Most customers who buy hair removal systems, have no clue how to evaluate a system. They might read some reviews at Amazon or at product review sites (like this one) and then choose at the point of sale probably based on a price factor too.

With the low price SensEpil has only a few month ago – it was compared to the cheap low cost Remington (which is a great machine!!) by thus losing most of it’s long lasting branding strength. No when the price was fixed more closely to the TRIA, they assume (or hope) people evaluating the TRIA might pick the SensEpil because it is $20 bucks cheaper.

If they are the right candidates for laser hair removal they should purchase the SensEpil because it can reduce hair growth! The system has been proved effective! It is worth what you pay.