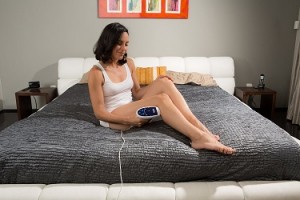 Those who follow the hair removal technologies and follow the rising new players in this sector, have found a new system released at mid 2014. The Veet Infini’Silk Pro IPL device. The new system which is a cooperation between Silk’n and Veet, both of which are a very stable and leading brands in their category.

This new product is interesting and we will continue to follow it, because it is not really a ‘new device’. It’s a new branding for a well known device, released by Silk’n two years ago.

Silk’n was one of the first ever manufacturers of home IPL machines, with an ISRAELI technology and patent inside, Silk’n SensEpil was a smashing hit! The first revolutionary device which could imitate the expensive IPL technology used at beauty salons was now at the your next door neighbor’s home, helping thousands remove and reduce hair at home for a fraction of the cost.

But since then new technologies arrived (ELOS) and cheaper IPL devices have been released (Remington IPL) and like it happened to NOKIA, Silk’n soon found that they are not relevant any more..

Silk’n then released and handy new product called Flash & Go. The Flash & Go IPL is hand held compact device, with a smaller IPL window, which has an extended IPL lamp capacity compered to the SensEpil, the new device has 2000 flashes vs 750 in the former one. The Flash & Go brought very little innovation, the technology was the same and so were the candidates able to use it. But a newbie gets attention and the new system got it’s share in the online sales.

The new Veet Infini’Silk Pro IPL is a new branding for the Flash & Go with some tweaks and improvements. Taking look at the systems, the specs and the manual instructions, they are very similar. The same technology, same five energy levels, same size treatment window, same candidate skin/hair complexion, even the same control panel and same buttons.

The main difference is that the Veet Infini’Silk Pro has an IPL lamp which can hold up to 5000 flashes, which is more than twice the 2000 flashes the Flash & Go has.

Since it takes about 750 flashes to cover a full body treatment, the new Veet Infini’Silk Pro IPL will be good for nearly 8-10 treatments, which is enough for most of the people to see hair reduction. 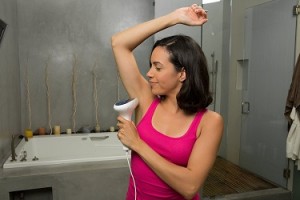 Veet states in the user manual that the success rates expected are 55%-70% hair reduction, depending on hair color (dark is better) and skin color (fair is better) and energy level used.

For people with fair skin and dark hair, the Veet Infini’Silk Pro IPL is a nice option to reduce body hair and keep the results for long time. No IPL or ELOS or LASER can remove 100% of the hair for good.

You can get the Veet Pro IPL at Amazon, you will be investing in a technology which is safe, FDA approved, with a very reputed brand behind it. If you are not blinded by the ‘Veet’ branding, you can buy the Flash & Go with a 5000 flash lamp and you will be getting a better money for value deal, saving about $100.

It has been two months since my first treatments with the Infini’silk PRO and Infini’silk (on level 5) and I am experiencing significantly reduced hair growth in the areas that have been treated.

I would estimate a reduction of about 85% in the areas that have been treated four times (every two weeks for the first 4 treatments). I will complete the second phase of the series per instructions (every four weeks for treatments 5-8) and will update my review again at that time.

So far, I am impressed with the results (more impressed than I expected to be). I am so accustomed to experiencing significant pain with LHR that I really had doubts about the Infini’silk IPL products.

The pain is negligible with these devices! If they are able to produce the same long term results that I have gotten from Professional IPL (50% long term overall reduction), I will be VERY happy indeed!

Disclaimer: The content at DangersOfLaserHairRemoval.org is provided for general information only and is not intended to be utilized as advise, diagnosis, or care. If you have questions concerning your health, seek the advise from your health care professional.
http://DangersOfLaserHairRemoval.org is a participant in the Amazon Services LLC Associates Program, an affiliate advertising program designed to provide a means for sites to earn advertising fees by advertising and linking to amazon.com/amazon.co.uk