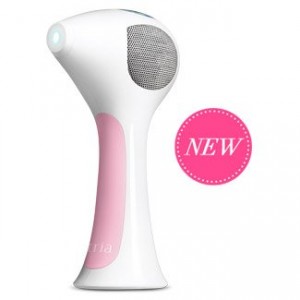 There is a great fuss about the new TRIA laser hair removal fourth generation device. The new 4X TRIA has some cosmetic improvements and some improved functional upgrades. But most of the people who plan to buy it will need it for a full body hair removal mission.

One of the main questions customers ask before buying the TRIA laser is about it’s ability to remove facial hair. In the official .com website the TRIA is not approved by FDA for facial hair removal. But the reality is slightly more complex.

The reason TRIA is not approved for facial use, is because the FDA regulations which gave it the clearance for home use, has been given as long as there is no permission for facial use. Other systems which use IPL technology had an advantage over TRIA as they were allowed to treat facial hair.

How can this be? They have gained their permission and approval process at other countries. Can this apply for the TRIA laser fourth generation system?

If you check the Canadian official website of TRIA Beauty, you can see in the Q&A section a direct question: “Can I use the Tria Hair Removal Laser 4X on my face?” The official answer by the TRIA team is:

This means that the system can be used for facial use, when it is done from the cheek line and downward. While millions of American customers will have no clue it is possible and will read that it is not recommended.

So Is TRIA 4X Safe For Facial Use

Since the system is the same system in Canada and in the USA, my logic says, YES. The TRIA is safe for facial skin treatments, as long as they are done according to the regular safety guidelines of laser over facial skin.

The FDA regulations might be more strict than the Canadian or Europian medical administrations. But the TRIA 4 system is the same, and the laser beam is the same, so the difference is in the regulations.

So your new TRIA Laser 4X can be used carefully for facial hair removal (according to the Canadian regulations). This means TRIA can be a full body hair removal solution.