How Much Laser Energy The DM9000 Emits

Light energy is measured by joules. The comparison is made by comparing the amount of joules per cm2 (square centimeter of skin), per second. This means how many joules of light does cm2 of skin gets per 1 second. 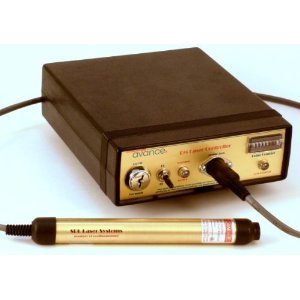 When reviewing the laser power level specs of the DM9000 system, it is clear that the system has the most powerful beam of lasers compared to all other home systems. It is so powerful, it seems that the system belongs to the clinic lasers segment and not the home-use segment. See the following light energy comparison:

Touch Sensors – to prevent the laser to be pulsed unless the hand device is firmly pressed at the skin. This can prevent a laser beam from being ‘shot’ at the eyes. You can find such precaution at the TRIA laser system, Me-my-Elos IPL, Silk’n SensEpil IPL and other home IPLs. Think of the danger and terrible accident which could occur if  a small child plays with a laser system at home – without such sensor!

While these safety sensors are a must for home use, they are not needed or used at the professional laser systems used at the beauty salons, medical spas, and doctor’s office. A professional user would not treat a dark skin and would not pulse a beam by mistake to a patient eyes.

The clinic systems need a high rate of light pulses so they can complete a treatment in less time. Using such safety sensors means a personal home user needs to wait 2-3 seconds between each pulse until all sensors are confirming the next pulse. The DM9000 laser system has a key-lock which needs a key to be oparated.

DM9000 Laser Is Not Safe Enough For Home Use

The DM9000 laser hair removal system has non of the above home -use safety precautions sensors. From this it can be learned that the manufacturer does not mean them to be used at home. Without these safety sensors skin areas such as chest and armpits are difficult to be treated safely without someone else doing the treatment.