The Tria beauty has just announced at the end of March the release of the next generation New upgraded TRIA laser system. In this review you can read more on the comparable issues of the New TRIA vs Old TRIA laser systems, and learn on the improvements, pro and cons, before you choose which home laser hair removal to buy. 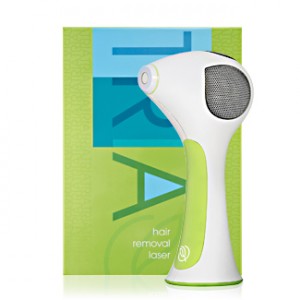 The TRIA laser system is a Diode laser, which means a semiconductor is producing a light that is accelerated in the Diode tube when the beam is pulsed. This process uses energy, and the former TRIA had a 6–24 J/cm2 which the amount of light energy per square cm. The lowest level is 6 Joules and the highest level is 24 Joules.

The success of the laser hair removal process is based on the fact that the light energy turns the melanin in the hair into heat, and destroys the hair. But high energy means more painful ‘Zap’ feeling or Pinching’ feeling while doing the laser session.

It is recommended to use the highest level you can comfortably stand, as using lower energy light means less heat and less hair treated in each session. Until now the TRIA had 3 levels, Low, Medium and High. So consumers had a choice only between these energy levels for all body skin surfaces, now the new TRIA hair removal laser system has 5 levels!

This means consumers can use one level higher than before, and still stand the discomfort which is part of the laser hair removal process. This means with the New Tria laser device people can get better results in less sessions over time.

In the TRIA laser the treatments procedure was to press the Tria laser tip to the skin, to keep 3 sensors in skin contact so the laser beam could be pulsed safely. These safety procedures gave the Tria it’s FDA clearance in the first place (with the skin tone lock too). But the lift-move-press-beep-pulse process was far too slow, and many did complain about long sessions for legs (1 hour!) and other body hair removal parts inner thighs hair removal, armpits hair removal too.

The New Tria laser device has implemented the glide motion hair removal process which is used in the top niche hair removal systems like the premium Me my Elos removal IPL+RF. In this new glide motion the Tria does not need to be pressed over again to unlock the safety beam lock mechanism, it can be moved to the next spot in a gliding motion.

the new ‘next generation’ Tria scientist and developers, took the comments of the users quite seriously and managed to improve the New Tria laser by a few more steps, keeping the New Tria hair removal kit still in the top of the leading hair removal home systems.

The new Tria laser system is not only competing with the older Tria version, but it needed this technological ‘face lift’ to be relevant with the fast changing hair removal technologies and systems. The new Syneron Me-my-Elos hair removal and the DM 6000 laser hair removal, and the Silk n’ SensEpil and the Viss are all showing progress in the technology and and users treatments experience.

And when personal comfort is a major part of the buyer decision, the Tria Beauty company could not afford to be left behind. The New Tria laser System is better than the older Tria Version, but the real question is how much better it is than the competitors.

Other readers found these articles relevant too: