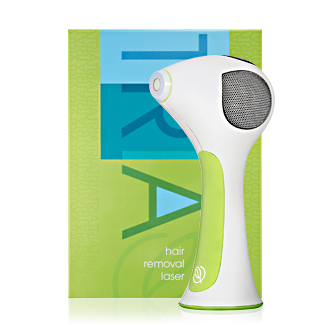 One of the main down sides of the former TRIA laser hair removal was the slow hair laser epilation, which was slow 2.2 sec’ per hair, and the charging and recharging needed for the TRIA laser hand set, which is the device that actually does the laser hair removal process. Since each beam had a 2.2 sec’ repetition rate the overall home session was quite slow, and needed a precise overlapping tiny movements for complete skin surface coverage. The hand piece was capable of 250 pulses (at the highest level) so after this amount of laser pulses, the TRIA laser had to be re-charged for two hours till the it is capable to proceed. The new Tria laser is improving all these users experience parameters.

Tria Beauty company has launched an upgraded version of the former TRIA, like the Japanese Kay-zen philosophy “Even good things can be improved” , a good best seller home laser system was just improved. The innovation of the TRIA scientists made it more versatile to use, so the NEW Tria laser can help people remove hair in shorter sessions and more efficiently. Here are the main changes made in the New next generation TRIA laser:

The ever changing markets for home laser systems are red hot, and the competition is high (the new Me my elos hair removal release earlier this year) we as consumers are the great winners with better products and better hair removal solutions for home use. 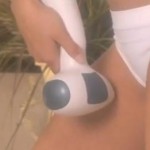 The Newest TRIA has it’s own advantages over competing IPL systems, it is the only FDA-cleared device for laser hair removal at home, it is cordless (unlike the DM 5000 hair removal or DM 6050 Laser system) so you can use it anywhere and any time, the 5 levels make it more bearable for more people, and with the ‘skin tone’ safety lock it is still one of the safest home hair removal system to use.

This NEW Tria laser hair removal review is anticipating for your comments and reviews (no spam), fell free to share your thoughts on the ‘next generation Tria laser’ system.

Other readers found these articles relevant too: