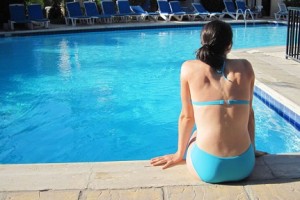 Many customers who plan to buy TRIA laser, worry does it hurt more than other hair removal solutions. Here you can read some more on TRIA pain management, learn some tricks to reduce the discomfort from the TRIA laser hair removal treatment, and learn how does it feel compared to other IPL systems. Expecting a totally painless hair removal device is unreal

All laser or IPL hair removal devices create heat to destroy the hair bulb down the hair shaft. When the dark melanin in the hair, is exposed to light, it gets warm. The Tria laser does exactly that, it sends a laser beam, which heats the hair and by thus disables the hair growth.

There are many ways to try and describe the feeling each laser zap feels like. You can feel the heat sensation, you can feel it like a rubber band snap at the skin.

There is no way to place the zapping pain felt on a scale. But when comparing other hair removal solutions we can try and place the Tria laser hair removal pain in comparison to other systems.

On a scale from 1-10, the most painful hair removal systems would be the professional systems because they use a high energy laser to create a lot of heat to be sure the hair bulb is destroyed. Some of these systems have over 200 joules per cm² per second, so they must use air cooling and numbing creams to protect the skin from the zapping pain.

TRIA laser may have the 5 mid scale level.

When comparing the TRIA laser pain and the IPL hair removal pains, the IPL are less painful due to a few reasons. The IPL window is wider than the TRIA laser tip. Most IPL systems have a wide 6 cm² window, and the IPL light is a white flash, unlike the red beam of the TRIA.

Most IPL systems have a low energy per cm², 3-5  joules per cm² per second. So when using them the user will feel a warm sensation but not as close as the painful TRIA laser zap. When using IPL on sensitive skin the sensation may cause discomfort so lower levels can be adjusted to prevent discomfort.

Regular IPL systems (Remington, Silk’n, Viss) can be placed at 3 on the TRIA pain scale.

The best hair removal system on the pain scale would be the Me my ELOS, which uses the advanced ELOS technology. It has a higher joule count than regular IPL (9  joules per cm² per second) but is less painful than all of them, due to the ELOS technology, which allows the systems to glide over the skin, unlike the TRIA and IPL which needs to be pressed on the skin in order to work.

Me my ELOS – The least painful hair removal system for home use. Only 2 on the TRIA pain scale.

Expecting TRIA Laser to be completely painless is unreal. You should know the zapping is not as terrible as electric shocks and most of the people who use TRIA can stand the pain. You can always lower the energy level, and use on of the five levels the TRIA has. Many people use numbing gels before TRIA hair removal treatments, so for them the routine is pain-free. 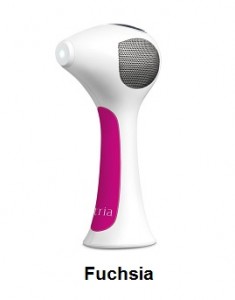 Living in Great Britain? Get Your TRIA Laser Here (amazon.co.uk)

Read more on Me my ELOS and TRIA Laser:

Why You Should Never Buy A Used TRIA Laser