We decided to place all the home hair removal systems into a competition to see which system ought to be an Olympic winner, when it comes to laser/IPL hair removal at home. We compared the effectiveness, the technology, the pain level caused, the safety, the price value, and the user convenience, to evaluate which hair removal kit will get to the podium.

And here are our results..

Silk’n SensEpil Gets The Bronze Medal 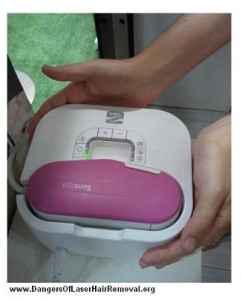 The third place goes to the very reputed and one of the first at-home IPL systems. The Silk’n SensEpil has all the components to be a gold medalists. In fact two years ago it actually was the gold medalist, as the SensEpil device was chosen by thousands of the About.com hair removal forum, as the “Best Hair Removal System For 2010”.

Since 2010 new technologies arrived, which proved to be better than what Silk’n HPL technology has to offer. Silk’n wins the Bronze medal because it is a beautiful small machine, FDA cleared, with a wide 6 cm² IPL window, which is very convenient to use. The system has been in use for many years and has thousands upon thousands of satisfied hair free customers.

The Silk’n SensEpil device is very safe to use, and is nearly painless when applied. The flashes are felt like a warm sensation, and the system is very comfortable to handle. The Silk’n got the Bronze medal because the system’s price was sliced deeply a few month ago, from $550 all the way to $250! Making this system affordable to many. You can order HERE the discounted Silk’n through amazon.com.

The current TRIA system is the third generation, which has numerous upgraded features. The TRIA is the only cordless laser system allowing the user to do the treatments anywhere at home. TRIA is using diode laser technology, which can send high energy beam to eliminate the hair growth. While all IPL emit  4-5 joules of light energy, the TRIA has 24 joules per cm², per second.

Though the TRIA deserves the Silver Medal of the hair removal Olympics, it’s main down sides are the pin-point laser tip, which makes each treatment consume more time than other systems, and the relatively higher pain level during the treatment, which may require applying numbing gels on sensitive skin areas.

The TRIA price was decreased too when new technologies and new brands arrived at the hair removal category. Learn more and order your TRIA laser system HERE.

The gold winner for the 2012 hair removal Olympics goes to the Me my ELOS hair removal system. The Me ELOS wins the gold medal by winning nearly in all the categories compared. Like Carl Lewis or Usain Bolt the Me my ELOS knows to do what all the other systems can do, but do it faster and better.

The 6 cm² IPL window together with the fastest repetition rate (by far) of the ELOS light, makes the hair removal treatment a breeze. Nearly painless treatment, with 4 (IPL) +5 (RF) joules the Me can flash 9 joules per cm², per second (more than any other IPL).

The Me my ELOS gets the hair removal Olympics Gold Medal, because it is safer than other systems for treating dark balck and tanned skin, the IPL cartridge lasts 120,000 flashes !!(SensEpil cartridge holds 750 flashes only before emptied). The  Me has two attachments (sold separately) which makes the treatment hassle free, a Me shaver and a Me epilator. No pre-shavings and no mess, just plug and play. 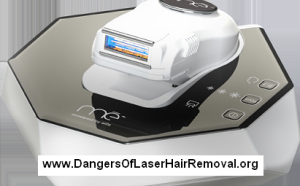 The price of the Me my ELOS was slightly reduced this year, from $850 to $699, as it is still the only ELOS technology system for home use.

Learn more and order the Me my ELOS hair removal device HERE.

Read more on Me my ELOS: